Pep Palau, co-director of Fórum Gastronómico Barcelona 2019: “We are in a moment of change both in the model of business as well as the way of understanding the kitchen.”

Fira de Barcelona’s Montjuïc venue will host Fórum Gastronómico Barcelona (FGB) from November 18th to 20th,  2019. Under the slogan ‘(Re)Thinking about gastronomy’, this event will represent an approach to the gastronomic and foodservice sector from all spheres and will encourage dialogue and innovation in culinary matters. Its co-director, Pep Palau, points out that the Forum aims, among other things, “to respond to the introspection needs of the sector after a period based on effervescence”. 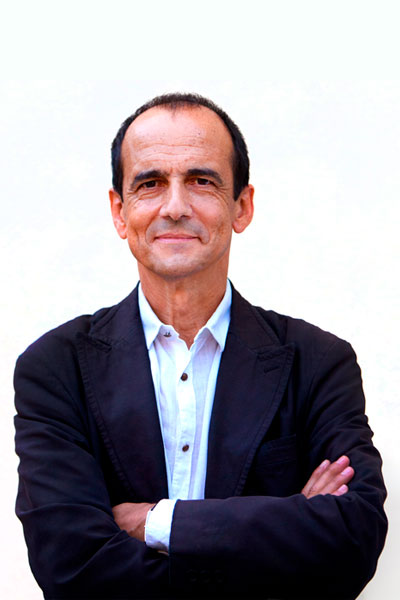 Fórum Gastronómico Barcelona is based on the need for reflection and introspection in the gastronomy sector. What is the reason for this situation?

We have lived some years of growth and rapid progression, with a frenetic rhythm of technological novelties and with creativity as the central axis. After this period of effervescence, the economic crisis has forced a rethinking of business models, so that the sector is in a moment of reflection, of certain introspection, of looking inwards to rethink where we are and where we want to go. At the moment, gastronomy adopts many different proposals, it is very plural. FGB will be a platform to learn about these trends.

That’s why the motto chosen for this year is ‘(Re)think about gastronomy’?

In fact, this period of reflection has led to the emergence of new business models, some of which were unimaginable only a decade ago. Chefs associate with brands, advise hotels, create second brands, ready-to-wear restaurants, caterings, banquets and other lines of business that end up working, as it should not be forgotten that haute cuisine restaurants are hardly profitable models. Beyond the business model, the kitchen itself is also being rethought: more and more restaurants are betting on local products, small suppliers and even self-sufficiency. All these trends will be the subject of analysis and reflection at Fórum Gastronómico Barcelona.

The commitment to the product is the great trend that has marked gastronomy in recent years. Why do you think this is?

The commitment with the product, the bet for the mime in the selection of a raw material of season and proximity, is a tendency that in my opinion has arrived to stay. Paradoxically, all the legacy left by elBulli, or the technological contributions inherited from the Roca brothers, now coexist with a new revaluation of the product, of the small producer, and an increase in the number of restaurants that work exclusively with reliable suppliers. This trend coexists with the sector’s commitment to social responsibility, sustainability and a cuisine with ethical values.

How will all this be reflected in Fórum Gastronómico Barcelona 2019

Transversally, so that both large firms and small producers can be accommodated and an accurate x-ray of the sector is generated. This philosophy forms part of the Forum’s DNA, which stands out for presenting a wide range of company profiles, making it a unique environment for dialogue and innovation. The Forum has room for everyone, something that rarely happens in a single space.

This year, in fact, there will be an area devoted exclusively to innovation: the Forum Lab. What will it consist of?

What spaces will we find?

Competitions and prizes will also be an important asset…

Indeed, FGB will be a large container of very important initiatives and activities around cooking, sweets and wines. The FGB is a meeting of the sector in which everyone is present and for this reason it will be the setting for the presentation of several important prizes. On the one hand, the FGB organisation will present three awards: Cuiner 2019 Fòrum Gastronòmic Barcelona, which recognises the work of emerging chefs who use local products; the Josep Mercader Awards, which distinguish the careers of professionals from the world of gastronomy; and the InnoFòrum Awards, which recognise innovation. It will also host the finals of the Best Sommelier of Catalonia 2019 Competition, the Nou Plat Favorit dels Catalans 2019, the Best Artisan Panettone Competition in Spain, TheBestDessert Competition and the Asian Culinary Awards Udon.

We use our own and third-party cookies to improve our services and show you advertising related to your preferences by analysing your browsing habits. If you continue to browse, we will consider that you agree to their use. You can change the settings or get more information aquí.Agree
Cookies policy